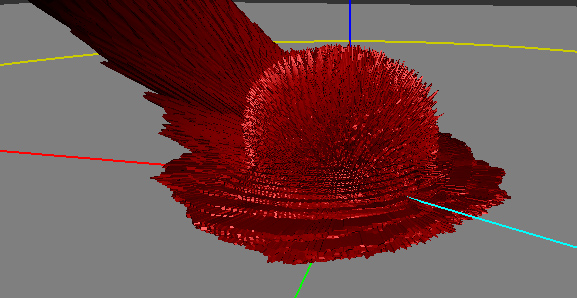 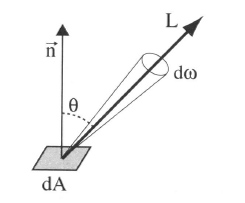 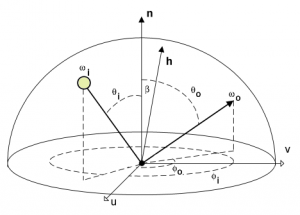 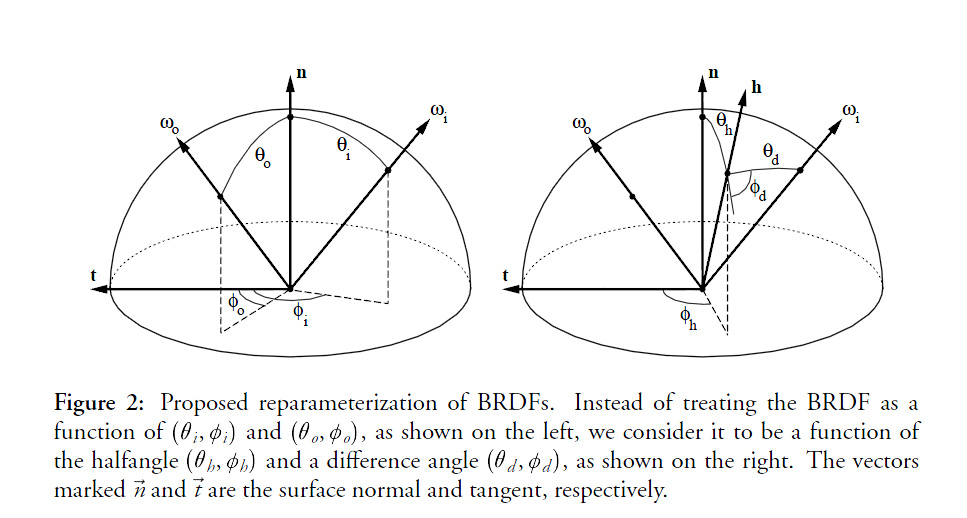 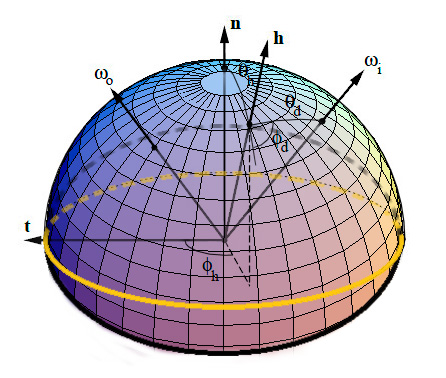 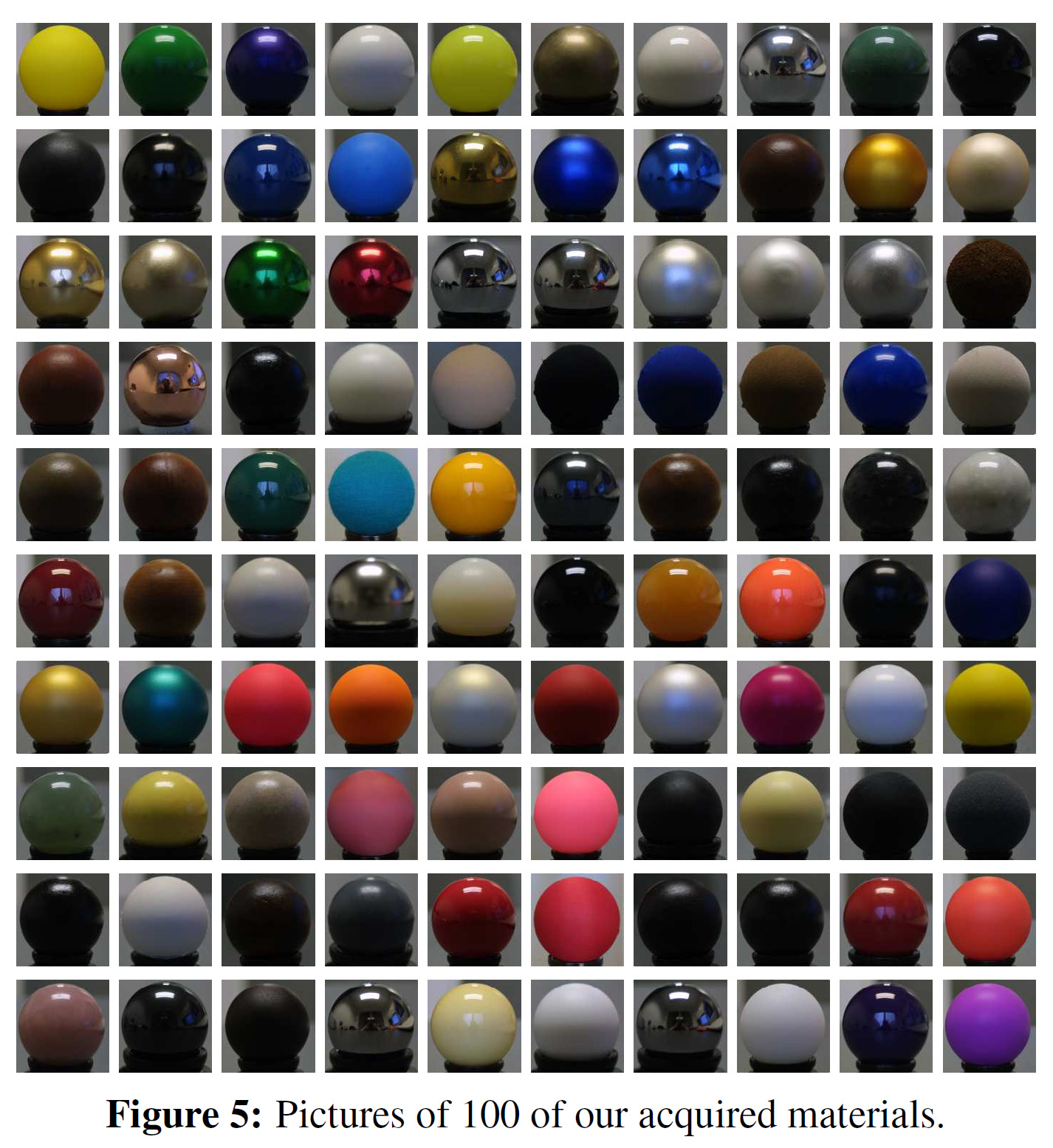 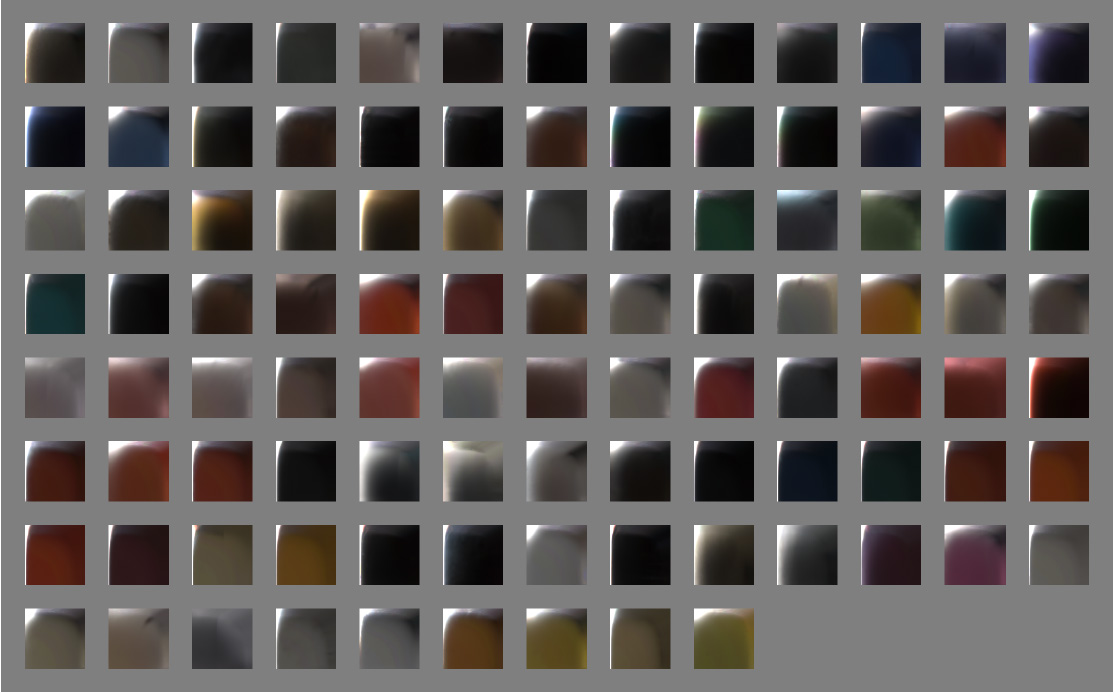 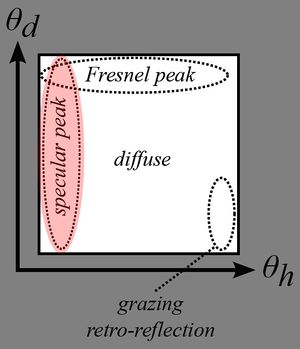 The NDF is here to represent the specularity of the BRDF but also the retro-reflection at glancing angles. There are many models of NDF, the most well known being the Blinn-Phong model <math>D_\mathrm{phong}(\theta_r) = \frac{2+n}{2\pi} cos\theta_h^n</math> where n is the specular power of the Phong lobe. 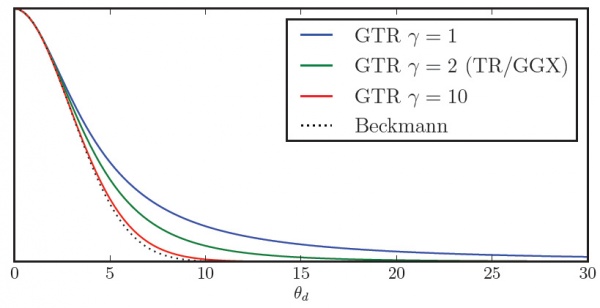 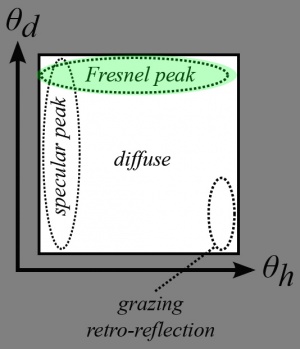 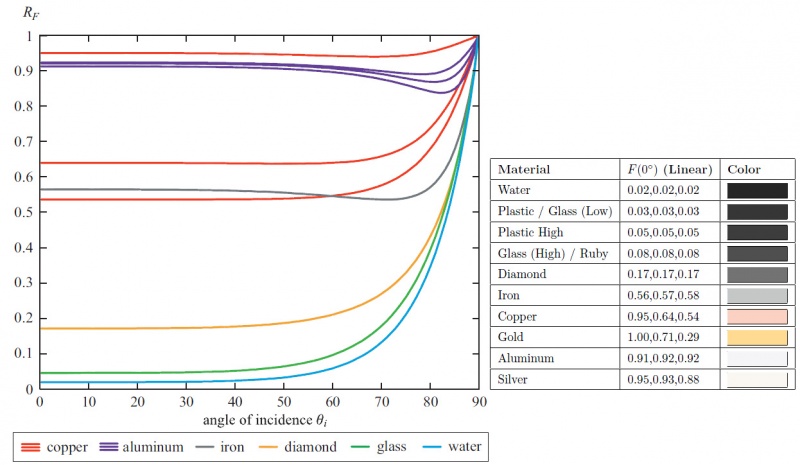 The expressions for the Fresnel reflectance are quite complicated and deal with complex numbers but thanks to a simplification by Schlick (in the same paper where he described his BRDF model!), it can be written:

<math>F_0</math> is the Fresnel reflectance when <math>\theta_d = 0°</math> (i.e. when viewing the surface perpendicularly). Since <math>F_0</math> is in <math>[0,1]</math> and doesn't vary much in most of the range of <math>\theta_d</math>, it can be thought of as the characteristic specular re ectance of the material and expressed as a RGB color. 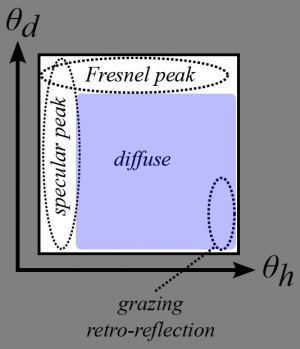 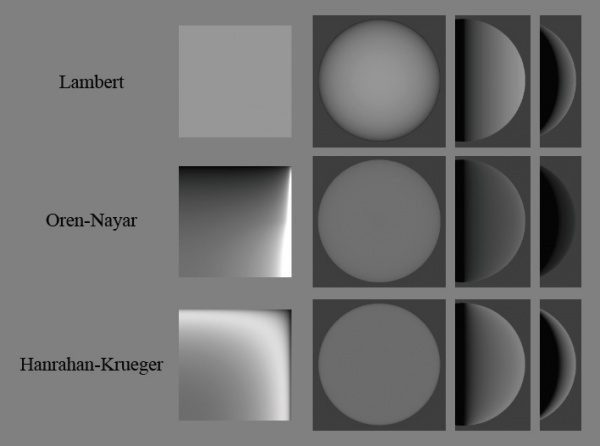